Even if you can’t afford the time or the expense of a Paris vacation this summer, you can still tour the city’s top bakery destinations with this extensive virtual tour test kitchen intern Shirley Walsh and I created earlier this summer.

Best of all: you can visit all of these bakeries using my online tour and never gain an ounce!

Have a place you think should be on my list? Please share the URL below. Or, if you’re the kind of smarty pants who actually goes to places instead of just sitting around in your pajamas surfing the internet like me, you can just tell me about your real life excursion instead.

A virtual friend with cupcakes

“A friend in need is a friend indeed. A friend with cupcakes is better.”

I’m considering making this my epitaph. It’s kind of a twist on “Let them eat cake” but still all my own, don’t you think?

Regardless, those words remind me of one of my favourite blogs: Cakespy, where baking history and facts, butter cream, bakeshop tours and whimsical art come together in a happy little confection.

Check out these favourite Cakespy offerings:

PS: Today is the day that the Daring Bakers (Cakespy and I both belong!) will be posting their latest challenge. I’ve opted out this month for obvious vacation-related reasons but I hope you’ll visit the Daring Baker’s Blogroll and check out the wares produced by the hundreds of other Daring Bakers who are participating.

The best of the New Yorker’s food articles 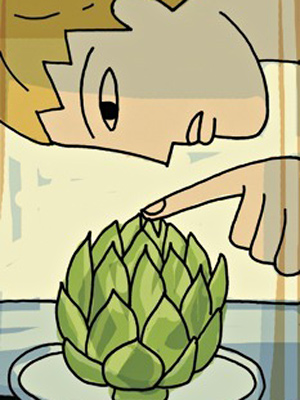 From lowbrow to highbrow in just 24h hours! (It’s hard to fathom how I can shift gears so fast, isn’t it?)

If you’re hungry for some great food writing to sustain you on your summer vacation do check out the New Yorker’s food article archive. It’s a literal treasure trove of great writing. Among my favourite articles are:

Do you have a favourite New Yorker article to share?

When I attended the IACP conference in New Orleans this spring, all the food bloggers were buzzing about adding video to their sites. Since then I’ve been trying to form my own opinion about the necessity for video on a food blog which means that I’ve been checking out popular food video blogs. While I’ve found some great online resources that were entertaining, fun and worth watching, the Food Party video blog has left me confused.

I’m literally not sure if I love Food Party or hate it. (I mean there’s a Donut Tree and that’s good but then there’s also a lot of silly costumes and juvenile music and that’s bad…) Do you have to be high or a genius to watch this show? You tell me.

PS: If you happen to be either high or a genius, you may want to know that Food Party videos are now available on DVD. No, really. I’m telling the truth. 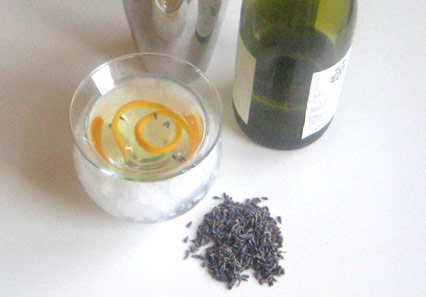 Although I didn’t attend personally, I’ve heard from three different sources that floral flavours were abundant at the 2008 Summer Fancy Food Show held in New York City earlier this month. While rose continues to be strong player in the floral flavour scene and hibiscus is the new floral to flaunt at fashionable parties, lavender is holding steady.

Growing lavender is notoriously difficult; I tried a few years ago and failed miserably. In March of that year I started a dozen or so cells of lavender. I watered them judiciously and kept the planters covered with a plastic greenhouse top; unfortunately, after six weeks nary a sprig of green had emerged.

Slightly abashed but not yet beaten, I headed out to the nursery and bought some seedlings. I planted them in a compost rich planter that I moved from sunny patch to sunny patch and watered daily to ensure that they would flourish. At first I was encouraged; the seedlings grew bushy and taller but then, around the end of June, they stopped changing. No buds appeared, no branches changed. Nothing.

By mid summer I still didn’t have lavender blossoms and started looking for clues as to where I’d gone wrong. What I learned is that not only can it take a very long time for lavender seeds to germinate (some experts recommend sowing them in fall to sprout in the spring), but that it isn’t unusual for only 25% of planted seeds to germinate in Canada’s Northern climate.

I gave up on growing lavender and decided to buy it instead. Yet, buying culinary grade lavender isn’t always as simple as buying bay leaves. I bought the great quality culinary lavender shown above at Bonnie Stern’s online shop and recommend it if your lavender thumb is as black as mine but you still want to cook with this floral herb.

Or, you can zip over to Charmian Christie’s Blog to learn her lavender growing secrets. She seems to have it all figured out!

I featured this wine based cocktail on a number of TV shows such as Breakfast Television, CH Morning Live and the Weather Network earlier this summer.

• Holding the orange over the glass, peel a long strip of orange peel from the orange and drop into the cocktail. Serve immediately. Makes 1 drink.